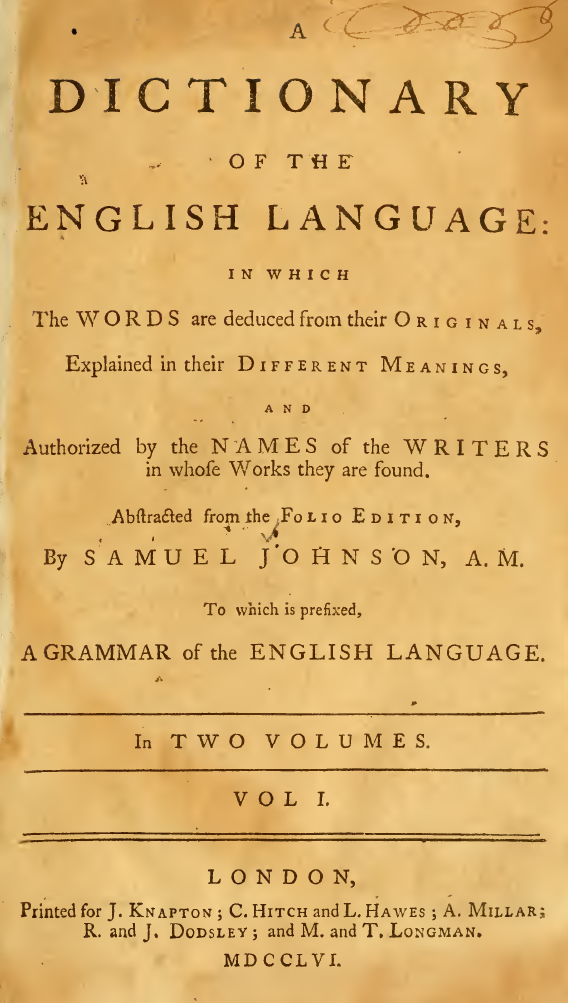 A Dictionary of the English Language

A Grammar of the English Language

​THE MOST Important CONCEPT TO GRASP

With this perspective, properly comprehending these contracts (The Declaration and The Constitution) is easy.

Without this perspective, we are taught to ignore one of our most important social contracts with respect to properly controlling government. This ​social contract is, The unanimous Declaration of the thirteen united States of America. This contract is THE LAW among all citizens, registered as voters, regarding how we are supposed to properly-contractually control our respective government levels. Thinking of it as a declaration of independence, we easily ignore this very important contract. After all, we have not been under British Rule for over 250 year: What do we need that old thing for? We are taught that it is not a binding contract. That it is not a law.

All contracts are a law among those who are party to it. The Declaration binds every united States American concerning how we are supposed to properly control government.

In (commercial) corporate terms, it is this contract that determines the purpose for the corporation (the government in this case), which is the security of all of our rights equally. It details who are the owners (the governed / citizens). It identifies who has voting power to control the corporation and its officers, those who grant or withhold their consent. With respect to government, this charter also details what kinds of power we are not supposed to allow our government offers to exercise over us, as this list of powers is declared tyrannical and despotic.
​

The unanimous Declaration of the thirteen united States of America is the Founding charter. This contract literally is the governed people's Proof of Ownership over government. This social contract is between the governed people. This is the same as the commercial corporate charter that contractually binds the owners, voters, and financers when it comes to ownership and control issues.

The Constitution is social contract is between the governed people and their officers (their employees) in government. This binds the volunteers who campaign for office to work within the By-Laws or be tried for crimes against the governed people. This breach of trust, breach of contract, is defined as treason in Article 3, Section 3.
WHAT WILL YOU TELL THE NEXT GENERATION

When they RIGHTLY blame this generation for NOT properly controlling the government?
Will you claim that you didn't know how (ignorance); or will you claim that you were too lazy, too apathetic, and too unpatriotic? Hey, those are the same names we call registered voters who do not submit ballots.

CLEANHONESTGOV.COM can do nothing about the lazy, the apathetic, or the unpatriotic. We can cure the not knowing how part.

This generation; we are the ones that our children, our posterity MUST BLAME for the political ills they inherit from us! For we, did nothing - which made it worse.

What we, the people of these united States of America do not know about how to control our own government allows our government officers to divide us into dozens of political pieces so so that we are easier to conquer. We spend all our time fighting EACH OTHER and not unifying to stop the political corruption.

By remaining divided, we sweep the mountains of political corruption under the rug for the next generation to deal with.


FOLKS! We are that next Generation that our parents left the mess to correct!!

Controlling our government was never intended to be a one-person job. As we look through the evidence in later pages, this is a job for the people of the community to work together to successfully accomplish the task of properly controlling government in accord with the terms of the contracts (also detailed in later pages).
What is
​CLEANHONESTGOV.COM?
Yes. It is a website.

Though the subject-matter is united States of America[sic*] specific, it easily adapts for people anywhere.

---
* [sic] Spelling Is Correct. In this instance, the spelling refers to the nation.
The New Design for
​
CLEANHONESTGOV.COM​​
This Home Page covers several introductory topics (mostly about this website), as well as several universal links. It also includes the link to The Next Page.

Each New Page builds on the information from the Previous Page. It will contain only One Subject, as well as list One New Link to the next page. It will also include all the links from the previous page, making review a bit easier.

In order to begin properly, we must know  —  What is a united States American; often, but incorrectly, simply referred to as, simply an American.
​Up next:

Each of the following pages are linked from the prior page: